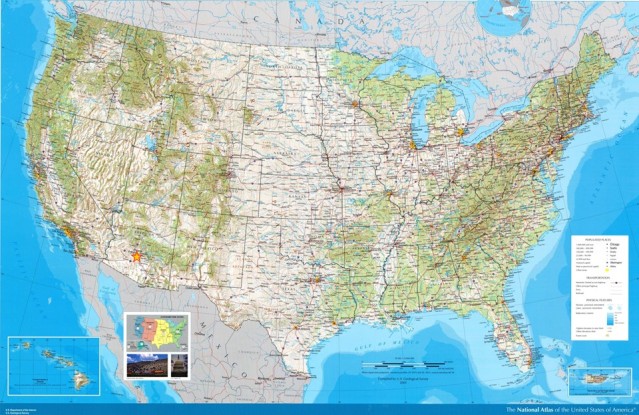 Back in the days when I had a commute, or when I visited friends, I used to travel the west side of town, where a series of radio towers stood equally space, blinking non-rhythmically as a warning to low-flying aircraft. Granted, most aircraft piloted through the center of town and didn’t even set up their approach this far to the west, but requirements and what not included staggered red lights up the shafts of each metal pillar.  The surrounding landscape, being flat and dull, allowed me to see these towers from a distance as I swayed along the toll road, watching their approach for more than a dozen miles.

Radio towers are nearly extinct.  Having been replaced by a single cell tower here or there, towers like these, distributed equitably horizontally like lines in a PowerPoint presentation, became a less frequent occurrence and as I drive towards these six or so twinkling structures, I realize that such collections are rare.  Not even my first journey along this route, I realize I never bothered to even notice them before now, and certainly paid them no mind during daylight hours.  Now I spent way too much time pondering how long they have been here, what purpose they serve on the far edge of town, and why I don’t see these elsewhere.  I’ve travelled a lot, but what happened to all the radio towers? 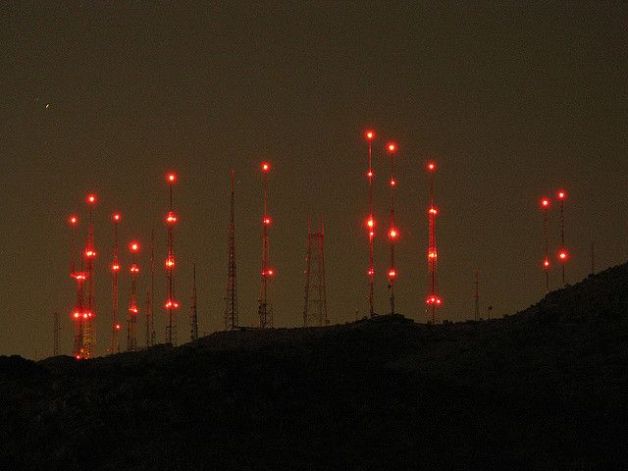 Growing up on the north side of Phoenix, when we built our second house, at the point when we broke ground, there was nothing north of our lot – just desert.  The circumstances changed rapidly after we closed and before we moved away, the edge of town reached miles onward beyond the country line.  The closest we ever drove to the south side of the city was the loop from the Black Canyon Freeway to the ninety-degree turn eastward on our way to Sky Harbor (see One Hundred Years from March 2012).  As the highway curved and lifted upward, the towers on South Mountain became abundantly visible – dozens of them, all with their tell-tale red lights indicating the likelihood that each tower was unlike its neighbor in height.

Throughout the fifty states I travel, seeing such a cluster occurs rarely.  When I see a hill featuring a hodgepodge of towers arranged haphazardly, day or night, I think about those illuminated decorated monuments to technology nearly extinguished.  I wonder what purpose those towers west of town serve, and of those I observed in my youth, if any of them still provide service today.  Of the towers I may see on a random drive, I wonder if any of them are useful, or if they are just antiquated stacks of metal aging until they topple.  By law, I suppose even if they lack purpose, their beacons still alert nighttime flyers of their presence.  “Hey, we’re here, even if we are not needed.”