What Constitutes A Tourist Attraction

Driving through the streets of downtown Juneau, the driver of the multi-passenger van that carried me to my excursion pointed out the highlights of third largest city in the forty-ninth state.  One might think expected sightings would include whales in Fritz Cove, or bald eagles perched in the treetops along the North Douglas Highway, or the creeks and rivers draining from Mendenhall Glacier.  When travelling to Alaska from the continental United States, the goal to see the breadth and depth of the state during the short time ashore should include these elements of nature, framed by the jagged mountains that surround the state’s capital.

At the helm of a van full of tourist freshly disembarked from their cruise ship, this driver skirting along Egan Drive enlightened his southern guests on what daily life along the northern Pacific coast is really like.  Juneau’s citizens were the first Alaskans to shop in a Wal-Mart Super Center, which they have only been doing for a handful of years.  On another corner, the driver drew our attention to the McDonald’s – one of only five in the over half million square miles of Seward’s Folly.  Surprisingly, the state capitol building didn’t even make the cut of notable structures worth highlighting. 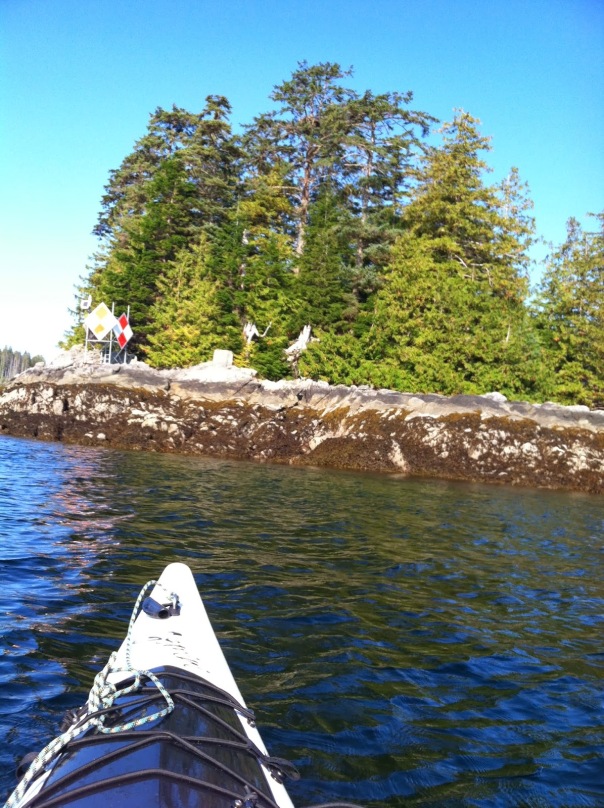 When I step off the Norwegian Pearl in Ketchikan, I bypass the shops and sights of Creek Street, I veto the option of seeing Totem Bight Park and I head north of town to paddle around the edges of the Pacific Ocean and see the starfish clinging to the rocks and glistening in the early autumn sun.  I dodge the typical tourist sites to bask in the near silence of the kayak paddle dipping into the water and the seals sniffing their nostrils above the water’s surface.  Were it not for the chill of the walls of ice, the fjords of Glacier Bay would have been the most gorgeous views of all the scenes I enjoy in Alaska, but the perfect temperature and the tranquil scenery around me as I float on the water fill my mind with a myriad of memories in which to relish.

On the drive back to the cruise ship, I listen to the music of my iPod shuffle clipped to my jacket and gaze out the window as we travel down the narrow, pine-lined streets.  Not to brag when I say I have driven through all but one of the fifty states, and for all I have seen and enjoyed, nothing compares to the grandeur and beauty of Alaska.  Truly, nothing compares to the vast, beautiful scenery of the most northern state, and due to its immense size, from the Pacific to the Arctic, from the Bering Sea to the Yukon River, the entire United States is better for having Alaska as one of its fifty.  And in case you did not know how the spectacularly gorgeous the images of Alaska sparkle from nearly every vantage point, the driver of the van brings me back to this ship pointing out one of Ketchikan’s most important landmarks: the corner stop where the cruise ship employees catch the bus to Wal-Mart.  Don’t miss it!