America’s Best Idea, our National Park System, highlights the most spectacular tracts of land in the United States and its global territories. I can vouch for that. I’ve visited thirty-eight, plus a healthy number of monuments, battlefields, and historic sites. I’ve camped at a handful of them too, fallen asleep under their soothing canopy, hiked their trails, captured the scenery on film and into digital memory, and missed them after leaving. It’s an experience like no other.

Except it’s not. Within all fifty states, smaller parks speckle the scenery with additional dots of lovely. From the Starved Rocks in Illinois to the Cedars of Lebanon in Tennessee (see Psalm 92:12 from February 2020) to tiny Franz Jevne in Minnesota, the spots excluded from the national collective make up a network of state parks that I have enjoyed with nearly as much delight as their federal counterparts. Along the Tongue River Reservoir in Montana, within Mormon Island in Nebraska, and above Lake Owyhee  in Oregon all remind travelers that smaller can be also be better.

Put A Pin In It

Known for Yellowstone National Park and those amazing Grand Tetons, Wyoming includes its own collection of state parks worthy of a pitched tent and glorious memories. Let’s visit a few.

Glendo State Park wasn’t my first choice of Wyoming campgrounds. Being a baseball nut (see Opening Day And The Best. Night Ever. from September 2021), I intended to drive to Curt Gowdy State Park in the corner of the state, but I knew the distance would put me there after midnight and I wouldn’t get to enjoy the beauty of the land around me. I settled for the closest option and its oddly low water level. Warmer than I would have liked, I camped high above the water level of the same-name reservoir and kept in mind that the rise and fall of the water can happen in a season or over a lifetime (see Water Fallen from March 2021).

My most recent tented outing happened at Buffalo Bill State Park. Along the equally name reservoir, the campground nestles down the road from the eastern entrance to America’s first national park (see Five Routes Coming and Going from February 2015). The Shoshone River trickles into the campground collecting behind the dam also named for the western American showman. Two nights’ sleep in this state park bookended my visit to Yellowstone, allowing me to enjoy the beauties, both large and small. 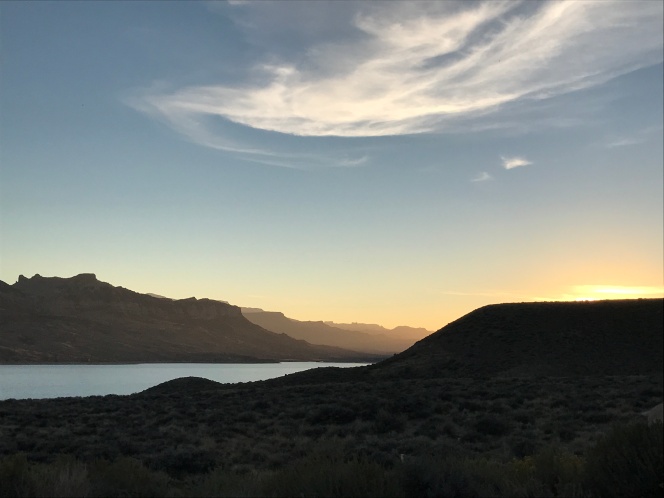 Close enough to my housing, I skipped camping at Hot Springs State Park in Thermopolis so I can get back to my own cabin before sunset. The park, the town, and the community smells of the sulfur that warms the earth. Rather than be repulsed, I am delighted that the aroma reminds me of the mud pots of Lassen Volcanic National Park. A snippet of the size yet tucked in a little town away from the busy world, I get to enjoy a bit of the surreal surroundings and still lie my head on my own pillow at the end of the day. 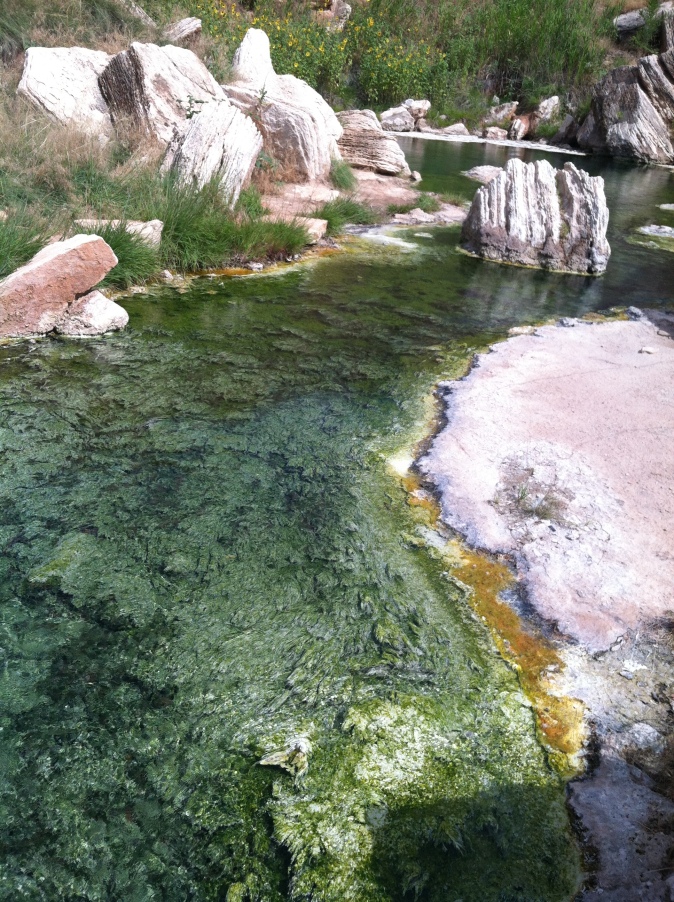 Seminoe State Park challenged me more than I expected from a little, local-ish adventure. My campsite overlooked yet another reservoir (see Dam, Girl! from August 2022), and I popped my tent with a sheltered view from the ever-present wind. The following morning on my drive home, but under extreme protest from my vehicle, we struggled to navigate the gravel heights of the lonely peaks between the Wind River Range and the Laramie Mountains. In this tiny little spot, no bigger than a pin point on a national map, I could see how a small little wisp of a site filled my soul as much as the grandest canyon, the highest peak, the longest trail, or the most crowded campground. Open your mind and your eyes to a state park near you.