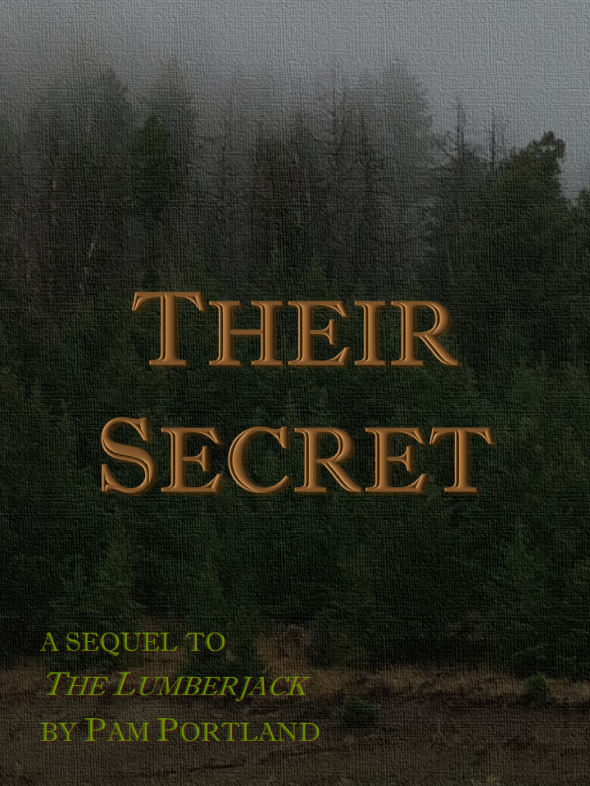 We make it only as far as the paved road before Jacob puts down his game, and by the time I am navigating the switchbacks, I can hear him breathing the sounds of sleep.  He didn’t talk much, which works out fine for me as I want to focus on my driving.  If I were driving a Forest Service truck, I would be so conflicted about whether or not I should transport a civilian, but by driving my own vehicle, I know the responsibility is entirely my own and so I am probably driving even more carefully.  It’s not that I don’t drive carefully in a government-issued truck, but it’s only a truck.  Jacob is someone’s life, so I drive any truck even more cautiously.

Aaron’s final words stay inside my brain, fluctuating between the excitement of what transpired tonight and the horror his mother must be living not knowing what happened to her husband and son.  By now she may know Jacob is safe – and it’s my responsibility to keep him so – but she must be worried about her husband.  I know I’m worried about mine.

He could be anywhere right now, well, I suppose not anywhere, obviously he’s in Afghanistan, but he never tells me where, whether he can’t or he won’t.  When I take him to the airport and he departs for wherever he will finally land, I presume he’s doing all he can to stay safe.  I certainly hope he is doing all he can to be safe, it’s just all the forces around him that are out of his control.

I suppose the same is true for Kenny’s wife.  The forces of the Bighorns press against her husband and her son.  Granted the threat of death by an enemy bullet lowers, but the risk to life or limb threatens from objects as simple as a rock in the road that scrapes the underside of a truck.  The mountains can be as tranquil as the drive sounded to me as I searched with the windows down, or when I heard Jacob’s voice ask for help in the darkness.  But those same mountains can cause damage as quickly as a deer dashing across the road or tripping and falling on rocky terrain.  My ankle throbs as I contemplate the course of events this evening, both here and around the world.

I cannot recall where the sheriff’s office is in Greybull, so I pull off as the road widens to four lanes and I check the map on my phone.  As I do, emails and alerts load, since I didn’t leave the forest at all today.  I love that staying at the cabin leaves me removed from the outside world, that is, until this search and rescue began.  It’s close to being over, so I find the location here in town where I need to drive to wrap up this night and easily navigate the final few blocks.

The building appears deserted with just one marked car in the lot.  Jacob doesn’t wake up as I pull to a stop, so I leave the engine running again.  I should have brought a stick from around the cabin to help me hobble to the door.  Still, I manage to hop to the door, my foot aching with each pound, but I really cannot put any weight on it.

“Hello?”  I don’t want to wander inside as I want to keep an eye on the truck.  It’s Greybull, Wyoming, so I doubt there’s any risk of crime, but if Jacob wakes up, I don’t want him to be confused about where he is.

Finally, a young deputy rounds a corner and then hustles when he sees me in the doorway.

“Are you from the Forest Service?”  As if my uniform doesn’t give it away.

“I think they thought you were going straight to the hospital.”

I didn’t mention having injured my foot, so I’m surprised they assumed I would go there.  Besides, I didn’t think it was much more than a clinic.

“Yeah, the kid is supposed to get checked out.”  By now the young deputy is at the door with me, and we both move outside so he can see Jacob.  “I suppose he can come inside and someone can come get him and take him there.”

“I could just take him, if you want.”  I consider getting my foot looked at, too.

The deputy pushes past me and wanders to the far side of my truck.  While he’s looking in the window, I hobble back to the vehicle.  My ankle leads me to think I’d rather go to the clinic myself.

“I thought he’d be all upset.  I didn’t think he’d be sleeping.”

“You’d be pretty tired if you just spent twenty-four hours alone in the forest.”

“True,” he acknowledges as I maneuver my way back into the driver’s seat.

He finally wanders around to my side of the truck as I am closing the door.

“So, where is this hospital?”

“It’s several miles south of town.  Do you know where the Forest Service office is?”

Um yeah, I think of his obvious question, as I still wearing the outfit I put on more than sixteen hours ago.

“It’s about three miles south of that on the other side of the same road.”

“Do you want me to radio that you’re coming?”

“I thought you said they were expecting us there.”

“Then I’ll just get going if it’s okay with you.”  I don’t think he knew what to expect tonight, other than the fact that he didn’t expect to see us here.  I back out of the lot and make my way to the medical facility.

From the look of the parking lot, I am clearly expected here.  The lot includes three Sheriff’s vehicles, a Forest Service Truck, and even a Search and Rescue vehicle.  Either the deputy called them, or they were standing at the window watching for me, because a small crowd rushes out to greet us.  I nudge Jacob hoping the crowd of people won’t overwhelm him.  He’s still pretty groggy when the truck door swings open and they swoop and swarm to help him.

A tall man in a sweatshirt and blue jeans makes his way around to my side of the truck.  I recognize him as The Ranger for the Medicine Wheel District.

“Stafford called me at home and told me you were on your way.  I kind of thought you’d be here a half hour ago.  The crowd here was starting to get a little worried.”

“I’m not the biggest fan of driving down those hairpin turns on Fourteen at night so I took my time.”  I didn’t bother to mention we stopped at the Sheriff’s Office.

By the time I turn off the engine and start to open my door, Jacob is already inside the building.  I look around the truck trying to decide what to bring with me.  I grab my purse, drop my phone inside it, and notice Jacob’s phone is gone, but the cable is still attached to the truck’s lighter.  I tuck it into my purse and find a way to descend from the truck gracefully.  The Ranger already turns to head inside when I stop him.

“You what?”  He glances down at my foot as if he can tell anything looking at my boot in the shadow of the truck in the parking lot of a poorly illuminated facility.

“I injured my foot.”

I laugh.  I’m clumsy, I’ll be the first to admit that, but if I injured myself right here I would have fallen flat on my face right here in the parking lot.

“Can you walk?”  I take one hobbling limp and grab the truck by the side mirror and it swings closed and I practically fall again.  I should have knocked wood.

“Okay, wait here.”  He walks briskly inside and comes out a couple minutes later pushing a wheelchair followed by a couple staff members.

“You’re hurt?”  The first woman who follows behind him asks. A younger woman follows her dressed in entirely different colored scrubs.  I have a feeling she’s probably not a nurse.

“Yeah, I think I twisted my ankle.”  The three of them manage the chair, flipping the foot rests up, turning it around to face me, grabbing my hand from the truck to try and help me sit.  It’s like they know how accident-prone I can be.

The Ranger starts to wheel me away with the support crew ahead of him, as I transfer the keys from one hand to the other, reach my arm back towards the truck, and lock the doors with the remote.  The beep of the horn lets me know Daniel’s truck is secure.

The automatic doors open ahead of us and as we navigate to a room, I can see a small team working on Jacob in a nearby space.  He plays on his phone and I reach into my bag and grab the cord for his device.  I hand it to the Ranger.

“This is his.  Do you mind taking it over to him so it stays with his stuff?”

He looks at the staff members with me and they nod.  “She’s going to be here for a little while,” the older one states, “so you can wander back over a little bit later.”

I don’t think it would take more than a few moments to wander over and back, but once the younger woman starts asking me questions, I realize this is a patient intake and they’re being mindful of my HIPAA rights.  My night is a long way from over.

BACK TO THE BEGINNING