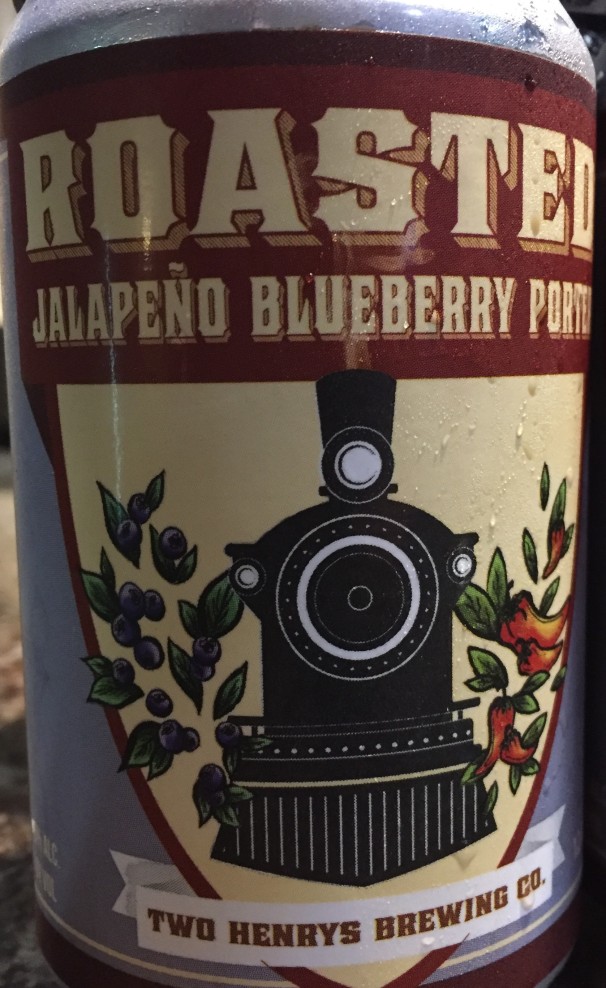 Back when he worked in a pub, Son Number One would recommend to me an appropriate selection from the ever-changing variety of brews on tap.  He knew my style and tastes well enough to know that I would never select an Indian Pale Ale, weiβens were reasonable options that I’d almost always finish, and shandies almost always went down smoothly.  I’d say that after a lifetime of knowing me, he knew my tastes specifically, but in truth, he possessed a knack for knowing what almost any beer drinker would prefer.  I still like to try new brews, but I hit or miss without his recommendations.

On an occasion, he would hit a bullseye, which was less about his skill and more about what his pub had on tap.  He obviously tried them all, could offer outstanding recommendations, and he could compare a new brew to an well-known brand or flavor to convince his patrons to try something different, even if it sounded a bit off kilter.  Enter the roasted jalapeño blueberry porter.  Granted blueberry beers have thrived in the past decade, as have other fruity flavors, but this spicy blend sounds just weird enough to try.  And I did.  And I loved it.  He knows me, and he knows his brews.

Years later, I am back in central Florida, sitting outdoors at a random Americana restaurant.  When I spy the Two Henrys concoction on the menu, the entire meal gets built around the brew.  I am thrilled to stumble back upon it.  Two days later, I am on an impromptu road trip to Thonotosassa for a four-pack to take home with me.  I am even filling to check my bag just to be allowed to transport it home.  The Two Henrys Brewery shares space with the fruit-filled Keel And Curley Winery (renamed to the original Keel Farms somewhere along the way), with hopes of arriving before closing.  Success! I pack and ship the four-pack and stagger their enjoyment over time to recall the flavors and tastes that I may likely – and to date, have not – enjoy again.

I’ve spoken these words before (see Drink The Wine from April 2013) but there is no reason to leave good wine, or in this case, tangy porter, for a future date.  Yes, I made a point to not inhale the four cans (technically, only three as one did not survive the initial journey), but I wasn’t about to let the flavor trickle down the drain long after it lost its kick.  For a while, I saved the last emptied can, to remind me of the flavor long after the taste faded, but packing and moving an empty beer can becomes impractical and a silly waste of space.  I doubt I’ll ever try a flavor like it, but I won’t forget the ideal recommendation, even if it sounds absolutely nuts.  Did I mention he’s known me his whole life?