Growing up in Arizona, as it turns out, is less fun than vacationing in Arizona, and I know because I’ve done both.  More than two decades after moving away – and let me be clear that I did enjoy growing up in Arizona (see One Hundred Years from March 2012), just not the people I grew up around – I planned a return trip to include New Mexico, and bits of Colorado and a touch of Utah.  We hit all the highlights, both scenic and pop cultured, and even two universities.  We plan something for everyone including national parks, alien museums, massive dams, sunrises, sunsets, telescopes (see Astronomer’s Inn from May 2013) and bookstores, and even a snowball fight (see The Progression of a Snowball Fight from January 2012).

Granted, boys have different interests than moms, so my occasional maternal delight included hitting a plethora of wineries throughout the Land of Enchantment.  From the southwest corner of the state to the northern edge, I sampled varietals and also made a selection of purchases including full bottles and empty glasses from Luna Rossa, Black Mesa, and Tularosa.  I don’t stay long, I don’t drink much, and I don’t detour from our itinerary.  Every location includes lovely scenery, and a reminder of the history of Spaniard wine creation in the region.  Making time for a little adult beverage here and there allows me to take a break from the driving, pick up my favorite souvenirs, and celebrate the beauty of New Mexico – emphasis on ‘celebrate’ (see Drink The Wine from April 2013). 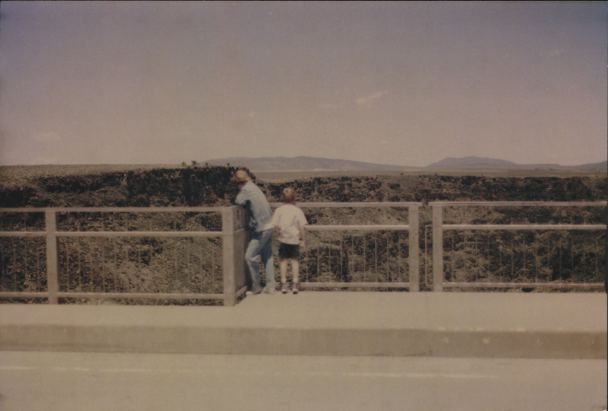 The stretch from central Florida to the desert southwest, even as the crow flies, creates a wide swath between work and home and fun and frolic.  Yet despite the distance, Son Number One drags his feet at every winery stop making weak-ass excuses to call his girlfriend on the eastern time zone.  As we hit each stop in the mountain time zone, he enjoys some excursions and blows off others.  One of his “misses” includes the Vivac Winery in Dixon.  We start our day in Santa Fe, so it’s still early when the wine splashes into the glass, but day drinking can be part of vacation, too.  Once inside, we discover the confectionary, which adds an extra plus for my male companions.  Yum!

Yet, still, the siren of the girlfriend calls, and he stays behind for a few minutes of cell phone bliss.  Again, I buy a glass, and a bottle or two of the vino I sample, and I let my youngest pick out some rich chocolates to delight his taste buds and provide a touch of antioxidants in a vacation full of decadence.  He insists on bringing his brother a sweet treat and selects a one-inch pyramid of dark chocolate, and yet declines to tell his brother about the hint of chili pepper tucked inside the hollow cocoa.  Yes, the unmentioned surprise brightens his eyes and tingles his tongue, but ultimately, he loves the hidden southwest spice.  He cleanses his palette, I start the engine, and we continue north to the Rio Grande.