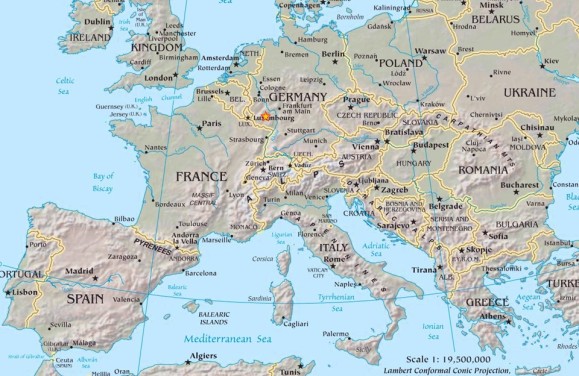 On a trip through New England, I arrived in Providence after dark, managed to navigate my way to the hotel in my rental car, and planned a drive the next morning through Bean Town, then on to Acadia National Park.  Besides the late hour, the early autumn arrival felt thankfully unremarkable.  Yet the next morning when leaving our hotel, we discovered a narrow underpass, so narrow in fact, it required a traffic signal since it only allowed the passage of a single lane of traffic.  I’m so glad I didn’t pass through that sliver of pavement during the previous night’s darkness.

Admittedly, I’d encountered narrow roads previously, and I would certainly cross them again in the future.  I recall a few single-lane construction zones that include traffic signals to control the flow of traffic when workmen are not present, but I also think about that one-lane bridge over the Clearwater River in Idaho, or the road Google suggested through the Appalachians.  Sometimes there are no signals, no warnings, and hopefully, no oncoming traffic to hamper the travel from here to there across a stretch that offers no other option except to take a deep breath and drive onward.  I wouldn’t say these routes were harrowing, but then again, traffic was light.

The shortest distance between two points is not always a paved road.  In fact, between Katzweiller and Ramstein Air Base, there are no straight roads, and no short distances.  There are speed zones, though, and little towns with names like Somethingbach or Othermühle separated by fields of sunflowers or livestock.  Between two such points, there is a dirt road, that if one is feeling brave, and if one drives a smaller-sized car, one might consider this alternative to be a short cut.  Sporadically, there are wide spots in the road where a car can pull against the dirt hillside and allow an oncoming car to squeeze past.  It’s not quite like those videos on the Internet where bus tires dangle over the edge of a cliff, but it isn’t for the inexperienced driver, either.  I might be one of those ‘ones’ who dabble in this type of adventure.

Driving such a road, especially during peak travel times, resembles a game of automobile checkers.  Southbound traffic might have to wait in one of the few passable areas for more than one northbound car to hop along the edge.  Then there are the moments that feel like a game of vehicular chicken to see who can get to the next wide spot before too many cars stack up and then no one can advance.  In a moment of recent curiosity, I zoom in to Google maps satellite view and see how that back road is fairing and I discover, to my surprise, the route is now paved and passable.  It’s still narrow, like that bridge in Rhode Island, but the thrill of the squeeze isn’t quite the daring drive it used to be.