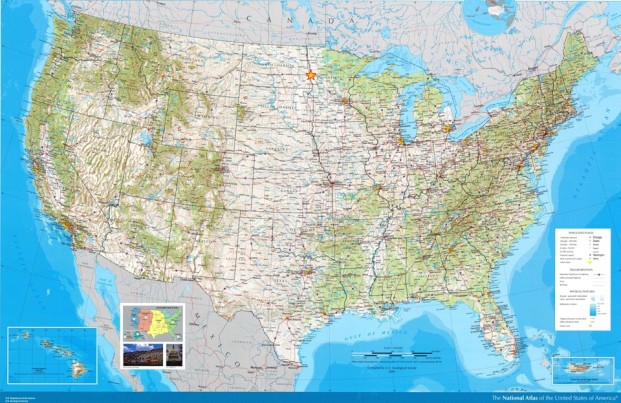 And So It Begins

I’ve been wanting to get back to Florida to visit family and friends for some time, so I planned one of my favorite kinds of trips: an epic road trip.  Finding the right time and having enough funds has impacted my travel opportunities of late, but now I am ready to escape my current scenery for alternate, if not better, surroundings.  I’m doubtful my beloved Delano (see Delano from January 2020) will make it there and back, but I’ve replaced a lot of parts over the past few years and changed the oil over the last few days, so hopefully he will stick to our bargain.

My Wednesday departure starts with miserable weather in North Dakota.  Anywhere else this low, morose ceiling of clouds would indicate winter arrived, but here, it’s simply a prelude.  Snow intersperses with freezing rain, the roads are iffy at best, treacherous in other places, and the skies forebode the gloomy shade of the approaching six months of cold and more cold.  It follows me most of the way eastward across the state and only relents when I get ahead of the system.  By the time I cross into Minnesota, I have advanced the weather and its impacts, as well as the storm’s track.  While the temperatures scoot low that first night (it was 28 degrees out my tent when I awoke Thursday morning), the vile white reminder of winter remained in North Dakota. 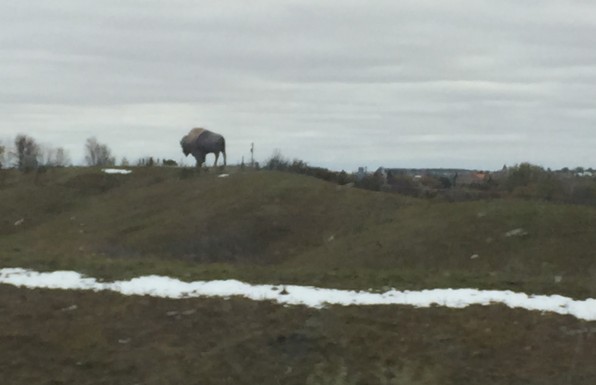 Now it’s eleven days later.  Even five days later I am shedding layers to combat the muggy swamps of South Carolina, not to mention the hurricane I chase out of Florida (See Michael from March 2021).  When I describe this trip as a whirlwind, it applies to both my rapid return and the weather.  My first hint that the bitterness of North Dakota nears as it teases with a smattering of flurries in northern Illinois.  Thankfully, they subside before I need to set up my tent.  Sure, at my camp site at the Big Mac on the way south I forewent popping my gear due to the downpour.  As least outside Akron the thunderstorm waited until we crawled in for the night.  Still, the temperature hinted of Indian summer at those campsites.

I can accept that in autumn, it’s not uncommon for the atmosphere to fluctuate between fall and summer, for hurricane season to last until the end of November, for me to sweat while setting up the tent at one location, fight the wind at another, and listen to the duration between lighting and thunder narrow as the cold front pushes against the warm Gulf moisture.  In fact, all of the elements that impact my travel remind me in different ways that this is the season of change.  Leaves throughout the Upper Peninsula cascade in a wide swath of shades, while the most noteworthy branches in Georgia are the ones laying on the shoulder of the interstate post tropical system.  Yet as I cross back into North Dakota, leaves on the few trees have long-since departed.  Above, almost as if the skies know where the state lines separate the rest of the country from this frigid place, white winter piles along the roadways, in the fields, and throughout the next half year, because on this chunk of the northern tier, Mother Nature doesn’t bother with autumn.