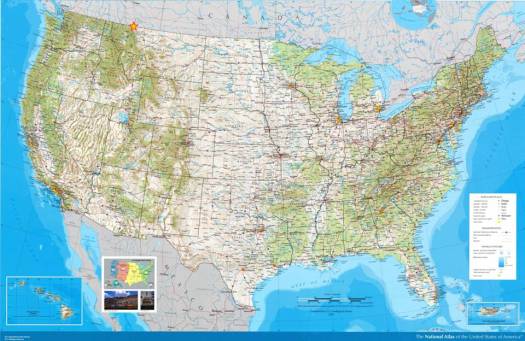 Not to be confused with Cape Disappointment, Meriwether Lewis and William Clark often used their momentary emotions to note landmarks and campsites in their journals.  (What do you think happened when they camped on the banks of Hungry Creek?)  In one of the most amazing and understated portions of the expedition, the group of thirty-three split into five smaller groups and navigated their way eastward through all parts of Montana.  With parties as small as four men, they navigated multiple rivers and explored land no American, besides themselves, successfully traversed.

As Lewis moved by horseback with three men in search of the northernmost boundary of the Louisiana Territory, his instructions from President Thomas Jefferson obligated him to explore all the regions of land where the rivers drained into the Missouri.  Following the Marias River, he hoped to use his navigational equipment to measure the position of known stars in relation to his own location to determine exactly how far north the fledgling country now owned the land on which these men slept.  To his disappointment, as the name implies, his campsite remained under the mantle of clouds for days and such measurements were never acquired.  He was forced to leave in order to reunite with the rest of the expedition as expected without ever knowing how far north the river flowed.

Did you know they closed Canada?  Neither did I, but not every border crossing keeps the same business hours.  I find this out the hard way after attending a night sky presentation at the St. Mary’s Visitor Center at the eastern edge of Glacier National Park.  My accommodations, however, lie north of the border in Alberta.  When I reach the crossing I used the previous two times to move between the neighboring countries, I discover the gates closed and locked.  With all my overnight supplies in Canada, and myself locked into the United States, I grab a pillow from the back seat (thankfully) and lean against the door frame, spending an uncomfortable night at the border, rather than in the cozy bed and breakfast for which I am paying.

My travel plans point east, and eventually south, requiring me to stay on schedule, not unlike the returning Corps of Discovery.  I ought to be on my way, but as the border guards rouse me, and reopen Canada, I still face a trip to my hotel to gather my goods, plus a full drive across Montana and down into the badlands of North Dakota.  The extra excursion above the Dakotas to explore Saskatchewan and Manitoba – providences at that time I never expect to visit in my future – are out of the question.  Even the stop to see the statue dedicated to Fay Wray of King Kong fame, fails to make the cut.  I am irritated, I am tired, I am frustrated, and yes, I am disappointed.