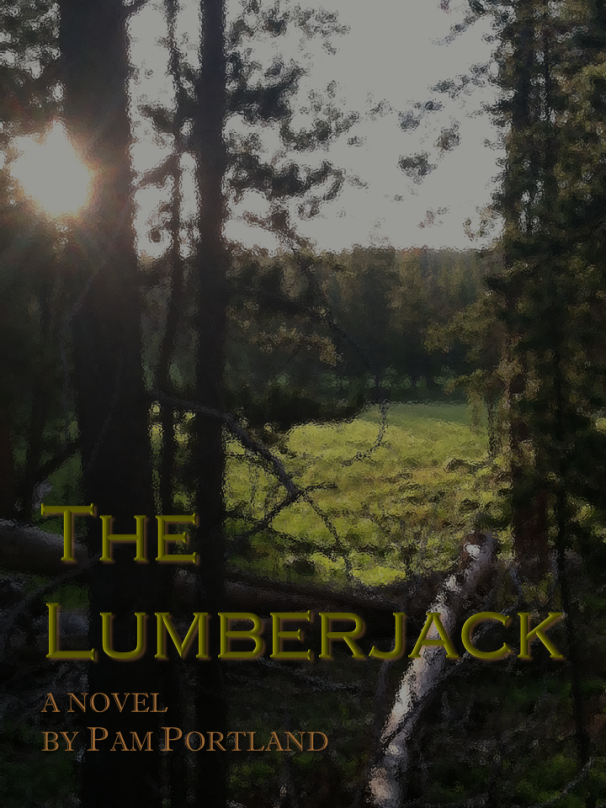 “You’re right,” he interrupted my wandering mind shortly after we started down the gravelly forest road.  “I should not have offered my opinion about those men.  I should not have intruded.  Yet I cannot help but wonder what you would have done if they had taken you off the trail – if I had not been there.”

His tendency to think long and hard on a subject before answering wrecked chaos with my ability to recall where the conversation last ended.  When I finally caught up, I remembered that he did little, nothing really, to interfere in the propositions of the hikers.  I was the one who shut it down.

“I wasn’t going off the trail with any of those guys, and besides, I can handle myself.”  I spoke directly to the window, to the passing scenery, and to the other objects beyond the truck.  Whether he could hear me above the engine and road noise, the bouncing of the load we hauled, and my unwillingness to turn towards him didn’t matter anymore than the sincerity of his pseudo apology.  Though claiming not to intrude, he remained unrelenting.

“May I ask what you would have done if they had attacked you?  I’ve seen the kind of pain three men can inflict if so provoked.”

Somehow I did not think he meant the same three men.  Regardless, I wasn’t his responsibility.

“They weren’t provoked.  And they certainly cannot do anything to me that hasn’t already been done.”  Again, I directed my response to the slopes of trees waving their branches from beyond the road whisking by as we drove.  How I wished I could bring them home with me and enjoy their company.

Of all the conversations I wanted to have with him the day after a stunted start to a physical relationship, this peculiar man who minimized the inappropriate behavior of a few immature hikers harshly judged my response didn’t deserve to know anything more about me.  I turned my face toward him, fully intending to end the conversation and return to our silence.

“Old boyfriends, new boyfriends, random strangers on a trail – they’re all the same.  Those men cannot do anything to me that hasn’t already been done.”

“You mean, what I have already done?”

That wasn’t it at all, I definitely did not intend to include him as either a boyfriend or a stranger, but I could see where his actions may have left him feeling like just another notch on my belt.  “No, I didn’t mean you.”

He wiped his mouth and chin with his hand, steering around the hairpin curves with one hand.  The beard, fuller than I ever previously saw it, must have bristled against his hand, and when he moved his hand into his hair, pushing his hat back and temporarily relocating the curls behind him, I remember how soft his hair felt when I touched it during the night.  He practically pushed his aggravation through his hair.  I really didn’t mean him.

“I meant Jason.”  Hopefully by putting a name to the face I could see in my mind would convince him that I did not meant for my generalization to include him among the men who already inflicted damage on me.   I resumed my vacant gaze outside the vehicle, away from his judging, hoping to retain a bucolic memory to salvage the weekend.

“What did Jason do?”  I hated hearing his name in my own voice.  It stung even worse coming from him.

“It doesn’t matter.  It’s not important.”  I preferred leaving the past exactly where I last saw it.  Texas could keep the vile creature.  His slithering into and out of my life had ceased and I didn’t even want to think about him.  He didn’t even deserve the energy of thought.

“I don’t understand why you would associate with men like those hikers when clearly you know the pitfalls of unscrupulous men.  You view quality so minimally.”

Fine.  He wanted to press me into revealing more about him.  Fine.

“I know quality primarily because I so often see the absence of it, and those hikers were tame in comparison.  Jason wasn’t merely unscrupulous.  He was philandering.  He was two-faced.  He was abusive.  He was self-centered.  He was the teacher of the year and everyone adored him, but when the doors were closed, he was violent and angry and misogynistic.  And he didn’t love me.  He successfully ended our relationship by mastering the art of hate.”

“But you were with him?”  Again, with the judgmental tones.

“I had no idea how much he hated me until he…” I specifically wanted to avoid this walk down memory lane.  “Look, why am I telling you my tragic tales of old boyfriends?  What does it even matter now?”

“It doesn’t matter.”  I said it slower, attempting to convince myself that it didn’t.

I didn’t want to have this conversation.  I wanted to leave all of that crap, everything about Jason in Texas, in the past.  I stayed silent.

“Stop asking me.”  I wasn’t asking the Lumberjack to stop, and I didn’t say, ‘please.’

“What did Jason do to you?”

“He owned me!”  The Lumberjack pushed and he pushed as if he tried to thrust it out of me.

He’d gotten his answer so he didn’t say anything more.  I understood this silence to be the time that he patiently waited for me continue, but I didn’t want him to judge me like he did with Eric and the gang.  I said nothing as well.

“I don’t think it was your fault,” he finally said.

“I know that.  Jason was an asshole.”

“No, on the trail.  You didn’t do anything wrong.”

“And so do I.”  Was that an apology?  I couldn’t even tell anymore and now I could only partially hear what he was saying.  I put my hands against my head focusing instead on getting the anger and the pain and the memories out of my mind.  Why, why did he keep pressing me about Jason?