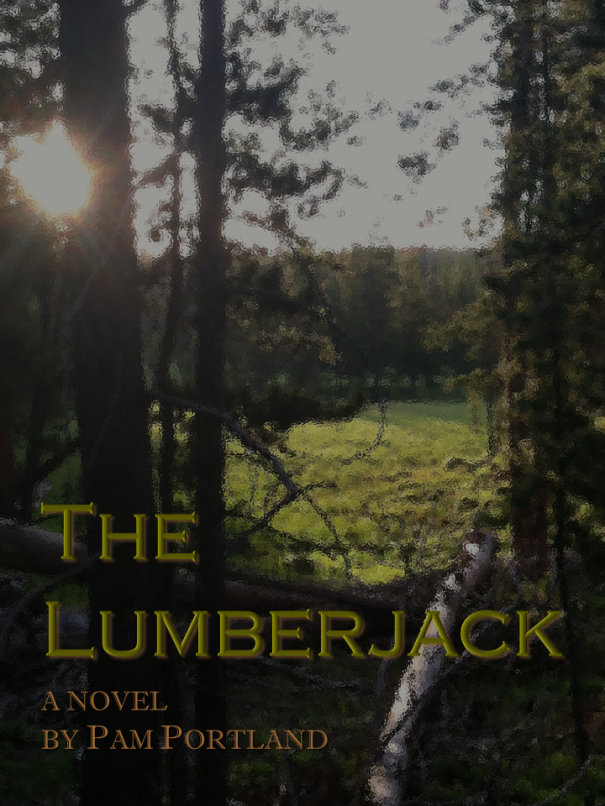 The consideration of topics for discussion during this weekend consumed the majority of my work day.  Granted, I expected little overall, but preparation for a few attempts did occur to me and I toyed with topics as the clock slowly ticked away the day.  Did he work?  If so where and doing what?  Did he have any family in the area, or at all for that matter?  Was he still in the reserves, although this topic faced the challenge of my admitting to knowing of his military history.  No, I wouldn’t bring that up, but if he mentioned it, my opinions ought to be held in check.  Did he have any favorite restaurants or food?  What’s the story with the red shirt?  Coming up with questions proved easy, as I knew so little, and the more questions came to mind, the more I wanted to discover about him.

But once in the truck, the notorious silence that characterized him dominated.  We exited town, drove nearly a half hour down the interstate, and reached the foothills of the mountains before he even decided to turn on the radio.  No inquiry was made of my preference, nor did he have one, either, and he settled for whatever played.  After two country songs and a spattering of commercials, he finally spoke.

“I like this.”  If hope existed of continuing the conversation, the opportunity fell to me at that moment.  “So, country music, and a cowboy hat.  It makes me guess that you’ve lived in Wyoming for a while?”

Silence followed, as expected, but he did finally answer the question, after what I imagined to be careful thought.  He even turned down the volume of the radio so he did not have to speak over it.

“Yes,” his answer sounded as if more words might follow, so I remained quiet.  “You’ve probably heard stories from people who’d rather talk about me than to me.”  He spoke slowly, softly, unapologetically, calmly.  I expected more facts, but his opinion told me even more.  To establish a trusting rapport and acknowledge his concern for any misinformation that I already received, my response needed to be delivered equally frankly.

“You know, I’m new to Wyoming, so other than a polite greeting, people don’t talk to me either.”  I tried that momentary, deliberate pause that he sometimes used, but I didn’t seem to have that instinct to know how long was long enough.  “Why don’t you just tell me what I ought to know about you and let’s not worry about what other people say?”

“You’re new to Wyoming.  Why did you move here?”

“To work for the forest service.”  I decided to elaborate, even though my answer was adequate.  “I was out of town on business, and I received a call from the district ranger.  We talked on the phone a couple times and he hired me.  So rather than go back home, I drove here.”

“Where is home?”  Whoops, that was a question I wanted to skip, and I backed right into it.

“I lived in Texas most recently.”

“Where’s home?”  This wasn’t an easy question and now he’d asked it twice.  Could my entire backstory not dominate our first real conversation, especially since I was the one who asked about him?  And how were we already talking about me?

“I’m not sure, but I’m not ruling out Wyoming just yet.”  I recognized my chance to turn the conversation back to him.  “I’m going to just guess you’ve lived here a while.  What makes it home to you?”

For the first time, he turned and looked at me, before looking back at the road.  “No home, huh?”

Two can play at this game.  “So what’s so great about Wyoming?”

He smiled.  A victory!  And his smile fit exactly as perfectly on his face as I’d imagined it would.

“This.”  He pulled off into a scenic overlook along the edge of the road climbing into the mountains.  Pine trees coated the steep heights on our right, and out his window, the Great Plains stretched to the edge of the horizon where it met with the clouds that spent the day floating away from us into the east.  Wild flowers along the guardrail gleamed in swaths of yellow, wild grasses and barley danced in the leftover breeze from yesterday’s front that wafted down the mountainside.  The sun at our backs highlighted the patterns of greens and tans of farmlands and ranches in the distance.  The clouds’ shadows only added broader hues, not leaving darkness against the contrasting illumination beaming from behind the mountains.  In these days of summer’s long stretch, sunset would hold off for a couple more hours.  We had not even penetrated the mountains and the scenery already dazzled me.  Good answer.

“Yes, a little.”  He moved the truck forward, turning it sharply so we faced the sun and he cut the engine.  He opened the cab door and climbed down, but with his height, he still filled the door frame.  He tilted his seat forward and retrieved a reusable grocery bag, and used his head to point to the rear of the truck.  I unbuckled and followed his lead.

He dropped the tailgate and used it to arrange a simple display of containers and in turn, he opened each and placed the lid under the food items: four pieces of loosely breaded fried chicken, quartered potato wedges with melted cheese and bacon bits, baby carrots, and raspberries.  He left one container unopened and through the lid, it appeared to be a not-quite-square blob of a fruit dessert.  With a black speckled camping plate for each of us, a stack of folded paper towels, two forks, and matching bottles of water, the display seemed completely thought out and organized, even if it left little room to sit.  He picked up a plate and handed it to me, then leaned against his side of the tailgate, crossing one boot over the other.

“Help yourself, ma’am,” and he did the same without waiting.

“Did you cook all of this?”

He nodded, having already bitten into the largest piece of chicken.

“Impressive.  You brought dessert, too?”  I started with a carrot, then begin filling my plate.  I did find chewing contributed to the lengthy stretches without conversation.  That could be the secret to getting the hang of this Wyoming dialect.

He swallowed.  “Peach cobbler, but I thought we might save it for around the campfire tonight.”

An excellent idea, and a wonderful image of what awaited us.  I nodded, still gnawing on the vegetable, and I leaned back against the truck’s gate on my side, careful to not trip over the trailer.  Savoring the food and all his effort and preparation, as well as the changing view in the distance as the sun dropped lower, we finished our meal in mostly silence, cleaned up our mess, and resumed our drive upward.