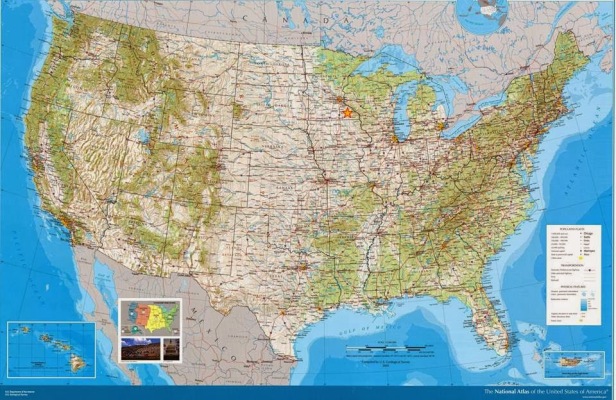 Convinced I should stroll the streets of St. Augustine with a band of tipsy Floridians and wide-eyed tourists, I found myself with a friend on a ghost tour of America’s oldest European settlement.  The stone walkways below us and the period costumes ahead of us made the nighttime walk seem only moderately more interesting than any other evening constitutional.  Nevertheless, like dozens of mid-size, moderately historic towns in the United States, “ghost tours” entice sightseers, both doubters and believers, to giggle or gasp at the stories tied to a community’s parks, plazas, and promenades.  Ghost tours in Gettysburg, Pennsylvania, are most likely tales of military death and woe.  Ghost tours in New Orleans tell the tale of the haunted history of the Big Easy and the mademoiselle who still roams the French Quarter.  In each locale, unsuspecting, unresolved souls stumble into an ambling storyteller bewitching their followers with cryptic tales of foolish passers-by unknowingly relieved of their wits and wages.  Sounds like someone I know intimately.

I begin the evening adventure as dusk transitions into darkness and as my evening buzz fades along with the final remnants of sunlight.  I giggle, I roll my eyes, and I wonder how much longer until we reach a saloon where I might find a brew to keep me happily unconcerned that I am, in fact, bored out of my skull.  Nothing about the occult charms me.  While I do believe some people have a connection to the nether world, I believe mediums have powers I cannot understand and allow them to communicate with the dearly departed.  Yet I believe neither me, nor the costumed tour guide earning $10.82 an hour for her evening gig, facilitate a connection to the other side on this warm night in north Florida.  I believe this tour needs adult refreshment to make it remotely interesting.

Gravestones Should Come With Baseballs

Most people who visit Rochester, Minnesota, seek the medical recommendations of the renowned Mayo Clinic, but not me.  Sure, I may have planned to pop in on family members, but the cover story in the human-interest section of the local paper caught my pop culture eye and took me to a small, two-acre plot.  W. P. Kinsella’s novel, Shoeless Joe, led to Kevin Costner plowing under his corn fields on the big screen, and the tiniest bit of trivia from the American pastime impacted the novel, the movie, and the history of the Rochester area.  And it made my trip unique and remarkable.

Now buried in a plot next to his wife, Alecia, Archibald Graham spent nearly nine decades serving his family and town rather than continuing to play baseball beyond the single inning of professional stardom that he savored and discarded.  Kinsella found Graham’s simple stat when writing his novel, and on a summer afternoon, I find his simple headstone after strolling through the graveyard referenced in the daily news.  In the light of day, without a tour guide, or a hint of intoxication, or an over-inflated story, I reach out to the other side to thank “Moonlight” Graham for his contribution to American film lore and my expedition to the Land of Ten Thousand Lakes.  And laying next to his granite slab, a perfectly-placed leather sphere with its signature red stitching marks the appreciation of another fan like myself who had taken the same self-guided tour.