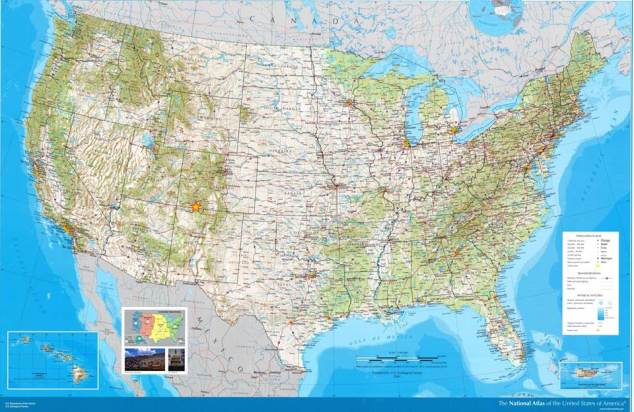 General George Custer got what was coming to him.  That’s what I always thought.  So when my Dad decided the Little Bighorn Battlefield National Monument in southeastern Montana should be a highlight of our travel, I acquiesced and blocked time in the itinerary to indulge his preference.  After all, Dad had tolerated my desire to see Devil’s Tower National Monument and the Minuteman Missile National Historic Site, plus I made him and Mom pose like the Lewis and Clark Historic Trail signs, so this would be a little something I would tolerate in exchange. 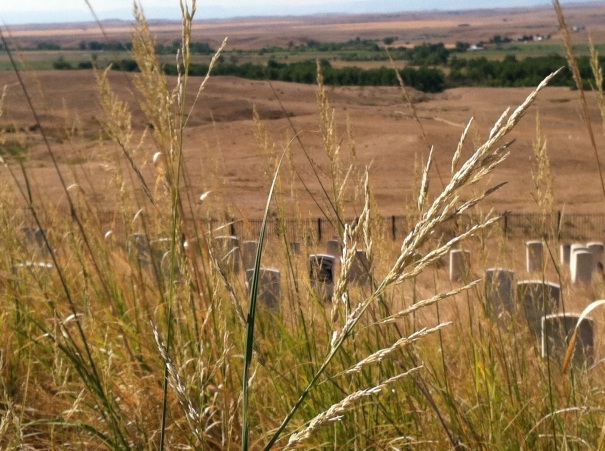 And had we simply visited the battlefield with a quick pop in at the visitor’s center, I would have not minded the excursion, but Dad found himself sucked in to a ranger program that was one part history, two parts storytelling and one part personal political commentary.  I opted out and climbed the fateful hill to see the actual sites rather than listen to one person’s opinion thereof.  I’m a visual learner.  Surprisingly, I relish in the rolling hills and autumn brush far more than I expect of the eastern Montana scenery.  And on the tallest of the small hills, overlooking the not-so-distant, tree-lined river valley, the core of one of America’s most historic battles overlooks the disputed territory where Manifest Destiny clashed with the livelihoods of hundreds of generations of Native Americans at the spot where Custer paid the piper.

A Sacrifice for History

The toe head from West Point, the lowest graduate of the class of 1861, definitely bit off more than he could chew and thought far more of himself than he should, but as I stood on the hillside, seeing random grave sites of warriors and soldiers alike, the frightful truth of a handful of defenders killing their own steeds for the sake of cover appears stark and frightening.  From all sides the military men faced attack, and they all perished, their resting places marked.  For the combatants on both sides, men lie where slain, the grasslands covered with the fallen fighters all committed to their ideals and their way of life.  I understand the dire consequences in which those who died here, without a peaceful moment but instead dying in desperation; men who gave their last breath to their respective causes. 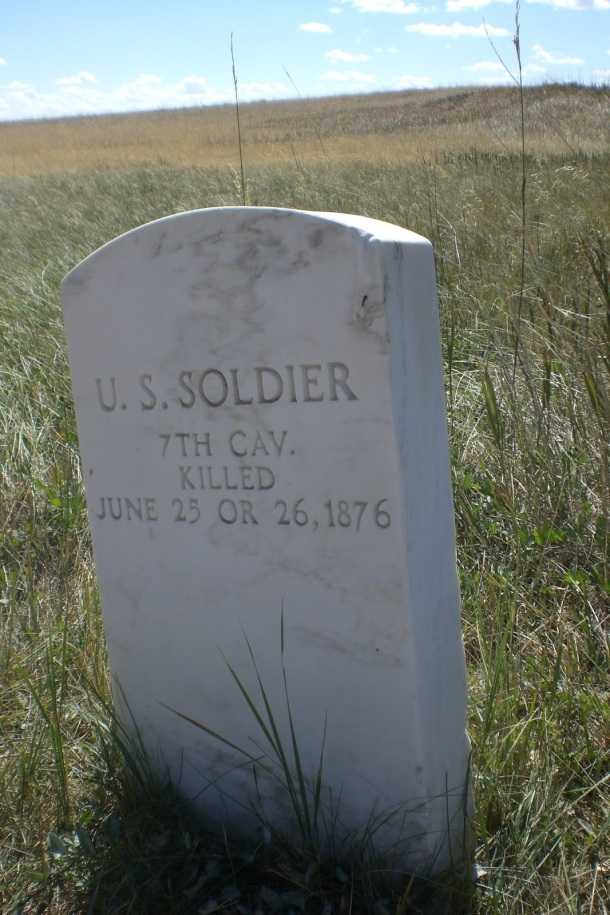 Nearly a century and a half later, history contemplates the failed rationale of an expanding nation that clearly did not reflect the best of a fledgling democracy.  Nonetheless, the horrific ending met by those who died at Little Bighorn lie bare on this sunny hillside, kissed only in a subtle breeze, offering me a second thought about the nonchalant way in which I contemplated the valiance of the battle.  I bend down to take a photo of a marker showing where a soldier died and I imagined the vantage point he had with no defense, not even a boulder or tree to block his approaching death.  I finish my private exploration after giving each man who fell here the reflection they all deserve, regardless of right or wrong.  I finally depart the hillside finding Dad still engrossed in the lecture with Mom standing patiently at his side making a sacrifice of her own at Little Bighorn.