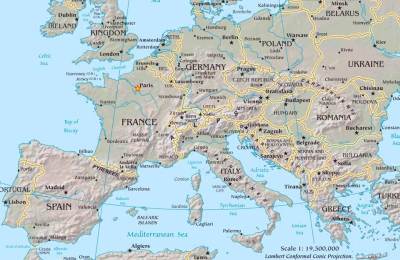 As mentioned, traveling with boys becomes a unique adventure of its own (see “Traveling with
Boys” from November 2011) and excursions with little people, especially boys, require an extra level of preparation.  Inevitably, the left hook parents never see coming can waylay a family vacation, an entire tour group, or the memories of springtime in Paris.  In my case, Son #1 rocks as a travel companion, and even at the age of four, he appreciated the loveliness of each new place or activity.  So when he came at me with his right hook, it did not pack too much of a punch since four-year-olds don’t qualify as heavy hitters.  Nonetheless, I didn’t see this coming.
I deem certain structures and sites in the world as iconic: the Grand Canyon, the Great Sphinx, the Great Wall of China, and Big Ben – even their names identify them as being extraordinary.  Amazing sites worthy of travel across an ocean include the Coliseum, Mount Kilimanjaro, the Acropolis, the Sydney Opera House, Machu Pichu, and the Statue of Liberty.  Son #1 has tagged along through a half dozen countries, passed through nearly thirty states, swam in the Atlantic and Pacific Oceans, posed in front of all five Great Lakes (see “The 5th Lake” from March 2012) and the Gulf of Mexico.  He only made it to Grand Canyon, Mount Rushmore, and Niagara Falls once, but he has gazed upon the ceiling of the Sistine Chapel and posed in front of the Washington Monument twice.
In The Eyes Of A Child

The one-day bus tour of the City of Light begins at the Arc de Triomphe followed by a drop-off at Notre Dame with, “Sanctuary!”screaming through my head, since it probably would not be Americanly appropriate to yell it out loud. The gargoyles, the flying buttresses, and the magnificence of the building inspire a circumnavigation of the structure, and the Rose stained-glass windows illuminate any art aficionado’s heart simply because the interior is too dark to truly appreciate anything else.  What better way to soak in the southern end of the Parisian island than a boat ride along the Seine.
Disembarking near the foot of the world’s most noteworthy structure, the sun peeks out from the clouds behind which it has been hiding.  On the nearby hilltop Sacre Coure gleams in the sunlight.  Just a few minutes’ walk and we will ride to the lower risers and see the city from the finest vantage point on the most famous tower on the planet.  But then a right hook swings at us and delays our plans because, with just four years of experience, Son #1 does not realize the magnitude of the place where we land.  No, through the eyes of a child he sees the most perfectly wonderful site ever: a merry-go-round.  Sorry, Mr. Eiffel, your structure just doesn’t hold a candle to a couple dozen painted horses and the melody of a calliope in the eyes of a child.