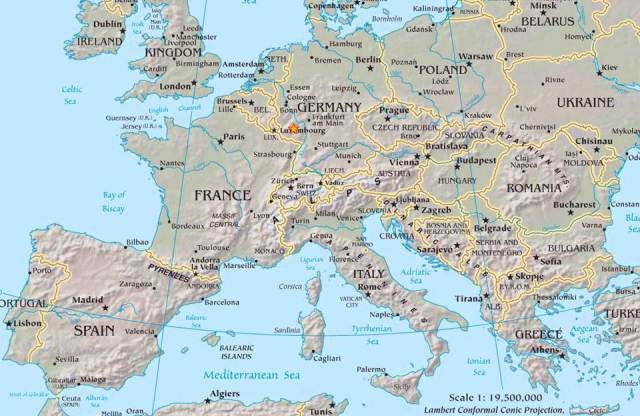 Living “on the economy” meant surrounding myself with the lifestyle of the German people, quietly rising and sleeping, shopping and strolling in their 800-year-old towns.  Routines never changed: daily walking to the local market, sweeping the sidewalks and stoops, and shrugging at the silly Americans.  Their self-contained towns, which resembled islands surrounded by farmland, some less than a klick from “Willkommen” to “Auf Wiedersehen,” may not have exuded hospitality, but they offered quaintness in abundance.  From tulips on the street corners in the springtime to the giant sunflowers reaching skyward at the edge of town in the summer, these little villages offered a simple glimpse at German life.

A common winter tradition, many of these little towns open their central squares to its residents, and a few nearby country folk, and celebrate the Christmas season with nighttime street fairs for the children and warm glühwein in souvenir brown clay mugs for the parents.  The hot, spiced wine sufficiently numbs the adults while the children squeal in delight at the December carnivals.  In warmer weather, when the volkmarchers come to town, the beer flows as ten- and twenty-kilometer hikers return from their countryside strolls to join in the merriment in the center of the cozy villages.  While the traditions may be different, the close clusters of brick and modern homes unite as communities celebrating their culture, living their lives nearly identically to Americans.  Nearly. 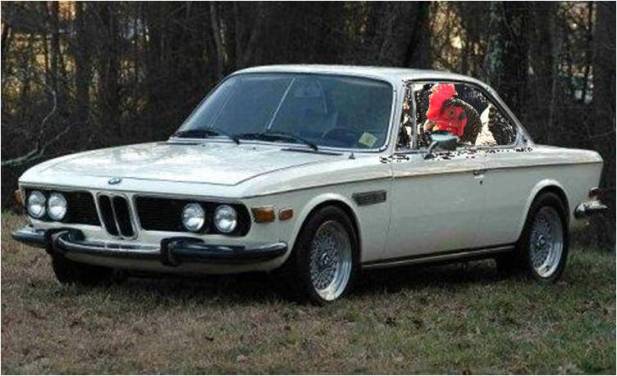 During my stint in the Rhineland, I delivered subscriptions of the Stars and Stripes to my fellow expats starting at o’dark thirty and continuing until the predawn light began to filter through the sky.  But as summer’s longer days began to sneak into my early morning delivery window, I witnessed far more in the quiet mornings throughout the small-town German life.  Hexennacht involves innocent pranks being played upon neighbors in celebration of the longer days pushing out the evil winter spirits.  This would explain the bicycle I saw one morning dangling from the sign post.  In other neighborhoods, farms abutted homes and the yard in front of one house included a chicken coop, whose presence eluded me until as the light appeared earlier and earlier, I could hear the chickens coo-cooing with each other waiting for the lone male of the roost to announce his morning doodle-doo.

And then one morning, the sun’s light illuminated the tiny hamlet and the coop displayed itself for its true identity.  The cozy home of the domesticated fowl included four tires, a steering wheel and partially lowered side windows.  Yes, this family of German hühner lived out their daily routine of clucking and scratching in the interior of a BMW.  Imagine the engineer who designed, the laborer who built, and the salesman who watched the rollout of this vehicle from its initial drawing board, to its European assembly line and then across the showroom floor.  Their work culminated in this final resting place for their modern marvel, now serving out its illustrious life as a bedroom, kitchen, and bathroom for a band of German poultry.  I love life on the economy.  Cluck.